In 1835, Orion was approved as a separate township, and Jesse Decker was appointed as the first supervisor, at a salary set at $2 annually. The village of Orion continued to grow, though an 1862 fire virtually destroyed the business district, and the village charter was revoked by the state. It was reincorporated in 1869, and the area’s development was spurred substantially when tracks of the Detroit and Bay City Railroad were laid through the township in 1872. The Orion Park Association was formed in 1874, and it wasn’t long before the Lake and surrounding area become known regionally as a resort area, complete with a natural amphitheater, a reception hall, an observation tower and a small steamer boat that carried passengers on excursions to many of the islands in the Lake.

Today, the 1.3 square mile Village of Lake Orion is home to 2,715 residents (per the 2000 census), and is considered the central business district of the much larger Orion Township, with 33,463 residents. Local residents tend to refer to all the areas within Orion Township as “Lake Orion.”

In recent years, Orion and the surrounding areas are among the fastest growing areas in Michigan. Orion Township is home to Bald Mountain State Park, Indianwood Golf and Country Club, Canterbury Village, the Scripps mansion, and a General Motors manufacturing plant. 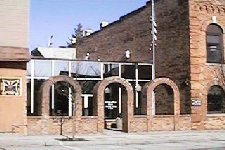 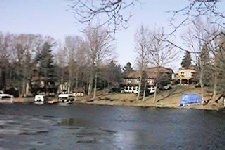 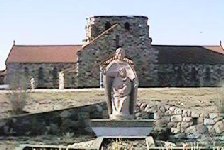