In 1876, Oxford Corners became the Village of Oxford, just six years before the Pontiac, Oxford and Port Austin Railroad (known as the Poor Old Polly Ann) was built from Pontiac through Oxford to the tip of the Michigan "thumb." Much of its railroad bed has since been transformed to the Polly Ann Trail, providing recreational pleasure to hikers and bikers.

In 1911, W.O. Smith began mining gravel from a huge gravel vein left under Oxford by Ice Age glaciers. By the 1950s, five companies were mining and shipping 5 million tons of gravel annually from our area, and Oxford gained new renown as the "Gravel Capital of the World." Some gravel mining continues today, as demonstrated by the frequency of the gravel haulers traveling down Lapeer Road. However, many former gravel pits have been turned into ponds and lakes, providing recreational opportunities for community members, and wetlands for migrating birds.

Oxford Village, approximately one square mile in size and home of the historic business district, had a population estimated at 3,568 in 2003. The population of the surrounding 36-square mile Oxford Township is more than 13,000, and is among the fastest growing areas in Oakland County. Today, Oxford Township encompasses 50 lakes and four parks that range in size from one-half to 300 acres. The Northeast Oakland Historical Museum is housed in the former Oxford Savings Bank building at the corner of Washington and Burdick. 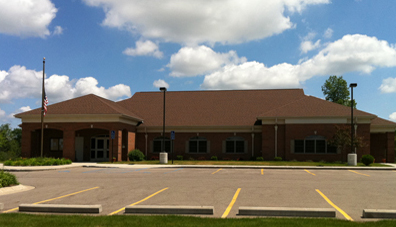